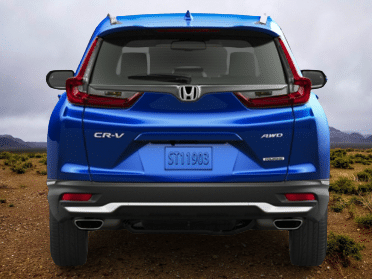 It’s no wonder why the Honda CRV is such a popular vehicle.

With one of the lowest average annual repair costs, the Honda CRV is one of the most reliable compact SUVs ever made. The Honda CRV is also an extremely fuel-efficient compact crossover with an EPA rating of 27 MPG city, 33 MPG highway. Not to mention that it also sports a dazzling and decadent vibe. The Honda CRV exudes luxury cheaply with cutting-edge technology, a sleek interior, and a sophisticated exterior.

It only makes sense that you want to take full advantage of your Honda CRV and consider buying and installing a trailer hitch.

Can You Put a Tow Hitch on a Honda CRV?

Yes, you can put either a Class II or Class III trailer hitch on a Honda CRV. Trailer hitch manufacturers make custom-designed hitches made to fit the Honda CRV with minimal installation effort.

What Is the Towing Capacity of the Honda CRV?

The CRV towing capacity is 1500 pounds. If your hitch has a higher load capacity (which all hitches do), you need to adhere to the vehicle’s lowest rating. Double-check your CRVs owner’s manual to confirm its tow rating.

What Is the Best Trailer Hitch for Honda CRV? 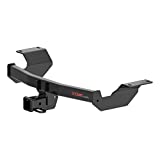 The best towing hitch for the Honda CRV would be the Curt 13397, which is a Class III hitch with a towing capacity of 3,500 pounds.

Considering that it only has a towing capacity of 1,500 pounds, you might think that’s overkill. With that in mind, you might think that a Class I hitch with a capacity of 2,000 pounds, such as the Curt 11555, would be a better choice. Not only is there little price difference between the two, but the Class I (and Class II) hitches have 1-1/4″ receivers while the recommended Class III hitch has the more common 2″ receiver.

If you choose a smaller receiver size, you will likely be disappointed later. Most hitch accessories, such as bike racks and cargo carriers, are made to fit the larger Class III receiver size.

How Much Does It Cost To Put a Trailer Hitch on a Honda CRV?

The cost for installing a trailer hitch on a Honda CRV will cost you about $100 to $500. Keep in mind that you will also have to purchase the tow hitch and decide whether to install it yourself or have a professional install it. Most hitches come with the mounting hardware needed, usually require no drilling, and are typically installed by the average person in under an hour. 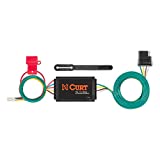 If you plan on pulling a lightweight trailer, the Curt 56370 custom wiring harness for the Honda CRV plugs into the existing OEM vehicle socket to provide a 4-way flat socket, offering a plug-and-play design.

It eliminates the need for cutting or splicing. In addition, it comes with a fuse to help protect your vehicle’s sensitive electronics from improper trailer wiring. Includes the fuse holder, battery connection wiring, and other necessary wiring components.